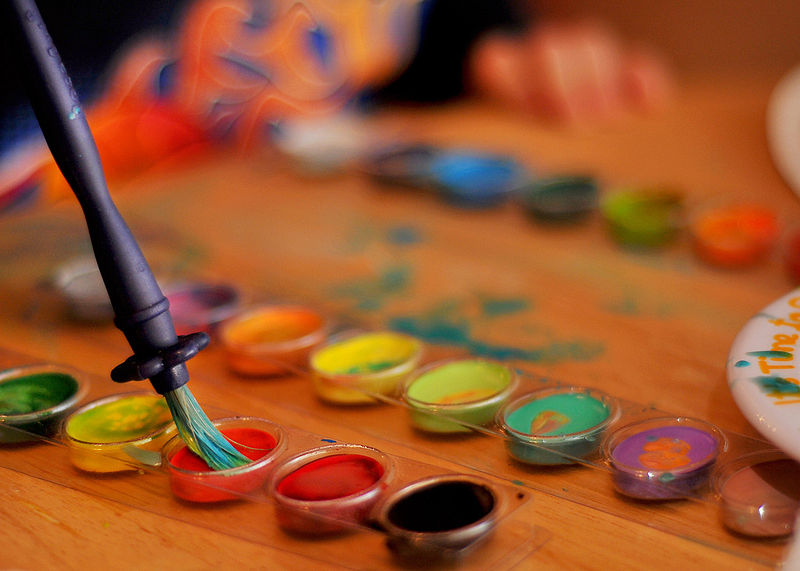 Color changing paints can also be made by adding halochrome compounds or other organic pigments. One patent[7] cites use of these indicators for wall coating applications for light colored paints. When the paint is wet it is pink in color but upon drying it regains its original white color. As cited in patent, this property of the paint enabled two or multiple coats to be applied on a wall properly and evenly. The previous coat/s having dried would be white whereas the new wet coat would be distinctly pink. Ashland Inc. introduced foundry refractory coatings with similar principle in 2005[8][9] for use in foundries.

Electrochromic paints change color in response to an applied electric current. Car manufacturer Nissan has been reportedly working on an electrochromic paint, based on particles of paramagnetic iron oxide. When subjected to an electromagnetic field the paramagnetic particles change spacing, modifying their color and reflective properties. The electromagnetic field would be formed using the conductive metal of the car body.[10] Electrochromic paints can be applied to plastic substrates as well, using a different coating chemistry. The technology involves using special dyes that change conformation when an electric current is applied across the film itself. Recently, this new technology has been used to achieve glare protection at the touch of a button in passenger airplane windows.